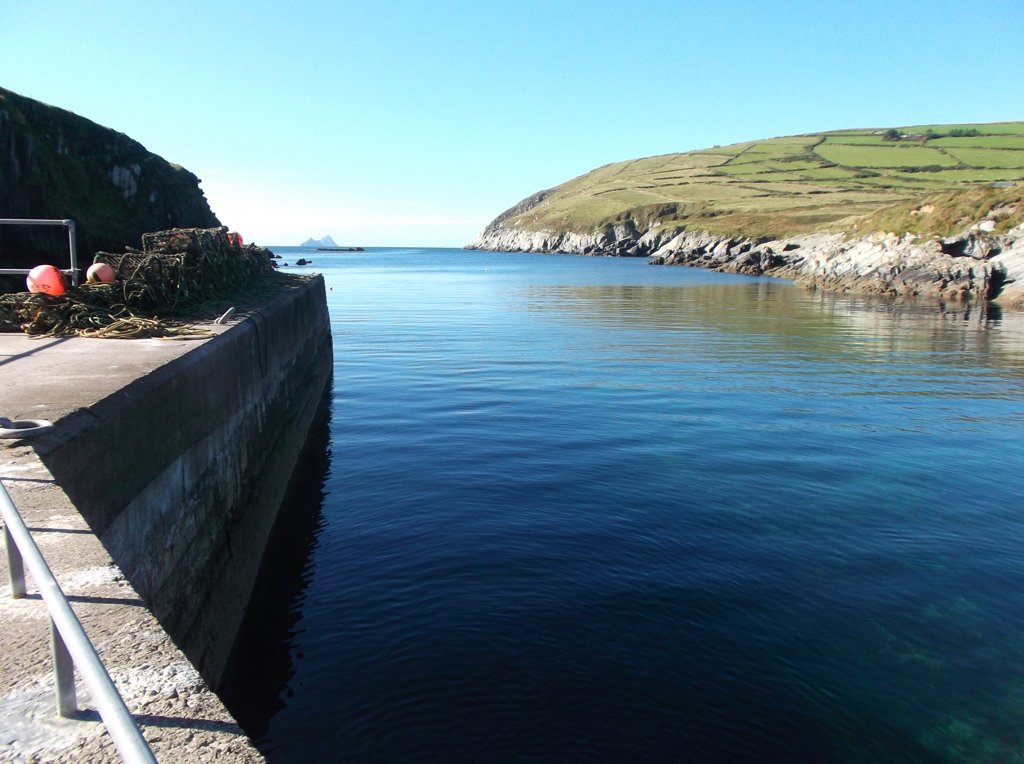 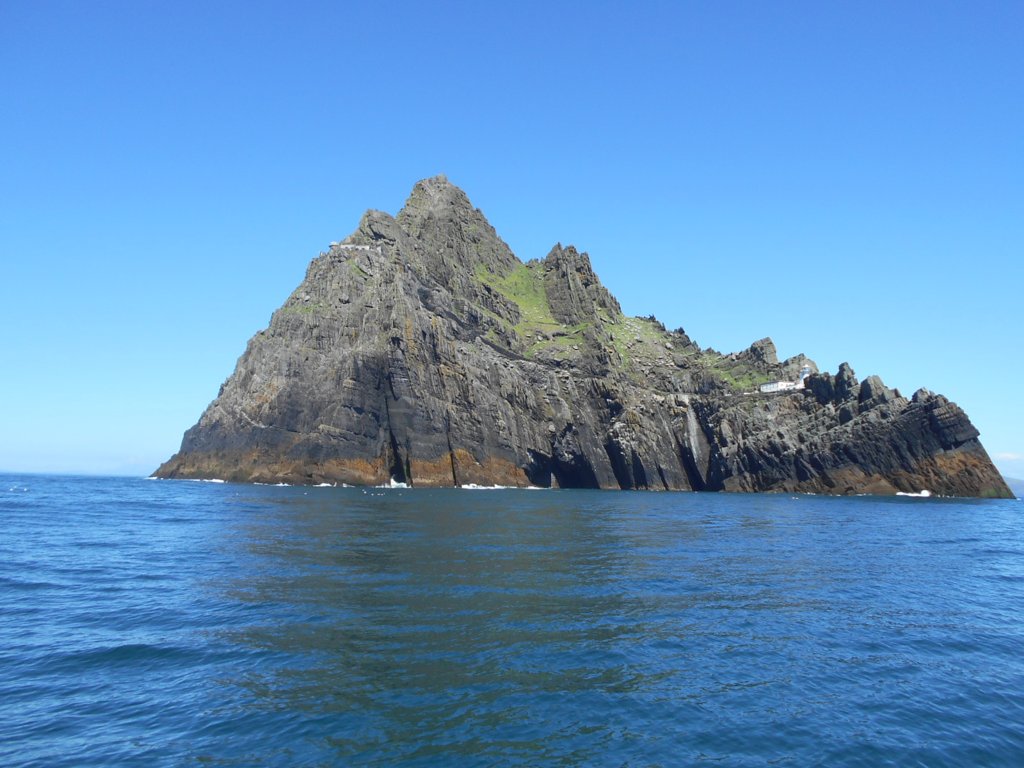 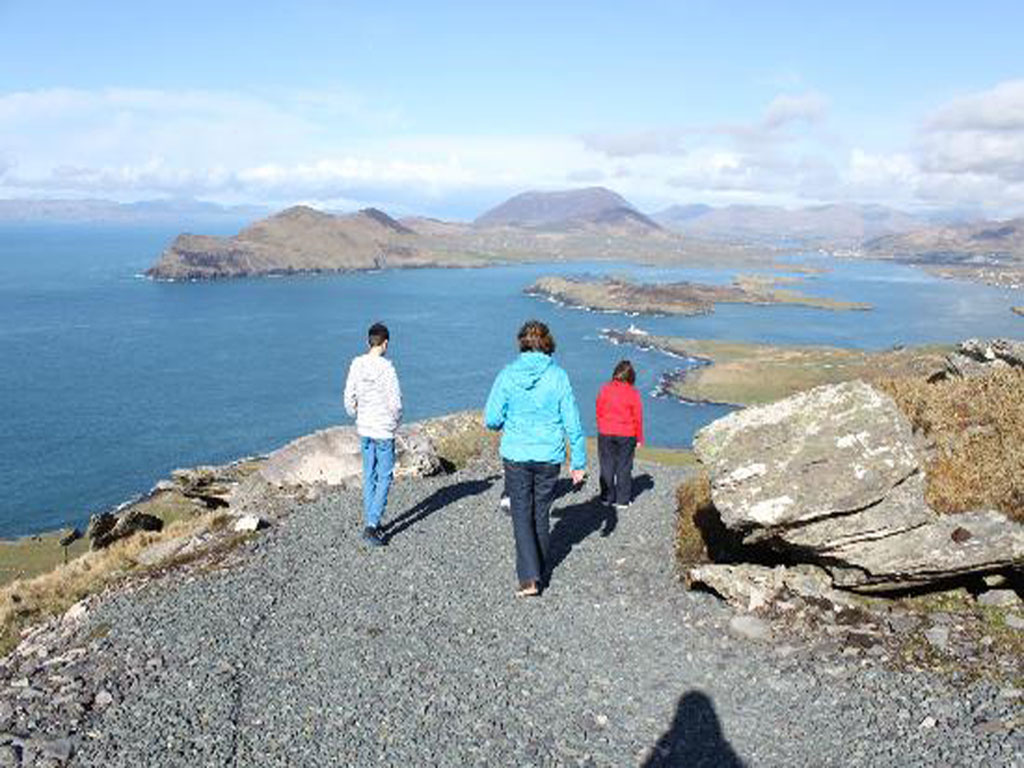 Valentia Island, is one of the best tourist destinations in Ireland. No matter what happens, make sure you have the following destinations on your list of things to do in Valentia.

Knightstown is one of the many beautiful places to visit when you are on Valentia Island.The village of Knightstown was built in 1840s during the reign of Maurice FitzGerald, who was the 18th Knight of Kerry, he ordered the Scottish engineer Alexander Nimmo to draw up the plans for that new village in 1831.

In 1854 the plans to connect America and Europe through cable started, marking Valentia Island as the First station of the cable that connected these Continents. It was built a transatlantic cable, an underwater telegraphic cable running from North America to Ireland via Atlantic Ocean to Foilhommerum Bay, Valentia Island in southern western Ireland from Heart’s Content in eastern Newfoundland, USA. In 1858 a first official telegraph was sent through that cable, a letter of congratulation from Queen Elizabeth of United Kingdom to the President of US James Buchanan.

Valentia is famous for its slate quarry. The slate yard has been operational since the time of knighthood, and has been used in building many loyal buildings, including the House of Parliament in England and other famous buildings  around Europe.

The Tetrapod track ways, which was discovered by an undergraduate student on the Valentia coast in 1993. The Tetrapod marked the transition of life from water to land, between 370 million to 350 million years ago.

Glanleam House has a beautiful subtropical garden, being in place since 19th century. It was in the reign of Sir Peter George Fitzgerald, the 19th Knight of Kerry (1808–1880) who started planting the place with varieties of plants and flowers from all over the world.

Ballinskelligs will be the first area you will pass through on the ring. It will offer the most wonderful coastal scenery, with beautiful sandy beaches. Also if you are a lover of history, you are in for a treat with many reminders of the past, including an old monastery, a castle, stone alignments and much more.

It is regarded as the best place in Kerry for contemporary art, fine craft. The Cill Rialaig Arts Centre features a wide range of exhibitions, programs and workshops year round.

It is a family run business with an open plan production where you can see the chocolates being made, ask questions and taste the freshly made treats.  More interestingly is that they got no specific tour; this means that therefore no entrance charge. It is really perfect stop as a part of a trip around the Skellig ring guys.

This small historical fishing village was voted as the top tourism town in Ireland in December 2012. This accolade gives you a strong indication that Portmagee is the perfect spot for you the holiday maker. When you are in Portmagee you simply have to visit the Skelligs Rocks.

Skellig Michael is a designated UNESCO World Heritage Site. The reason for such a prestigious accolade is that Skellig Michael is a world renowned archaeological site. The Skelligs is the location of a well-preserved monastic settlement, which dates back to the early Christian period of the sixth century.

Skellig Islands are famous for its sea birds; more specifically the Small Skellig is the World’s second largest Gannet Colony with almost 27,000 pairs. It has a great variety of other seabirds, including 4,000 Puffins on the great Skelligs alone, European Storm Petrels, Manx Shearwaters, Black-legged Kittiwakes, Common Guillemots and Razorbills  just to name a few. So here you see the Small Skelligs really is a twitchers paradise. So do not hesitate to book your Skellig Michael tour with us. Now let me highlight Skellig Michael.

Walk or drive to the top of Geokaun Mountain & Fogher Cliffs. It is a mountain park accessible and it is the highest point of Valentia Island!

See spectacular 360 degree views, including The Skelligs, Dingle & The Blaskets the mountains of Kerry, Portmagee , Fogher Cliffs, Valentia Island,  and the Atlantic and extends westward as far as the eye can see.

You can walk or drive to the summit. There are 3 parking areas at intervals on the way up . So it is very accessible and enjoyable for everyone, from children to experienced hikers.

There is a viewing deck on the breathtaking Fogher Cliffs, you might get lucky and see some wild goat! While you’re here, you can enjoy your lunch at one of the picnic tables at various locations on the mountain. Also, there are 50 information panels on the mythology, history, fauna and geography of the region.